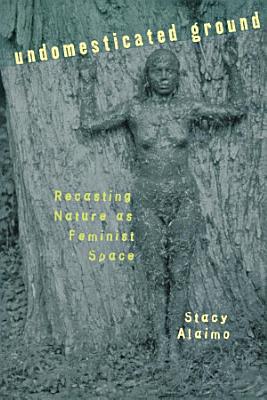 From "Mother Earth" to "Mother Nature," women have for centuries been associated with nature. Feminists, troubled by the way in which such representations show women controlled by powerful natural forces and confined to domestic space, have sought to distance themselves from nature. In Undomesticated Ground, Stacy Alaimo issues a bold call to reclaim nature as feminist space. Her analysis of a remarkable range of feminist writings—as well as of popular journalism, visual arts, television, and film—powerfully demonstrates that nature has been and continues to be an essential concept for feminist theory and practice. Alaimo urges feminist theorists to rethink the concept of nature by probing the vastly different meanings that it carries. She discusses its significance for Americans engaged in social and political struggles from, for example, the "Indian Wars" of the early nineteenth century, to the birth control movement in the 1920s, to contemporary battles against racism and heterosexism. Reading works by Catherine Sedgwick, Mary Austin, Emma Goldman, Nella Larson, Donna Haraway, Toni Morrison, and others, Alaimo finds that some of these writers strategically invoke nature for feminist purposes while others cast nature as a postmodern agent of resistance in the service of both environmentalism and the women's movement. By examining the importance of nature within literary and political texts, this book greatly expands the parameters of the nature writing genre and establishes nature as a crucial site for the cultural work of feminism.