The Secret Shire of Cotswold 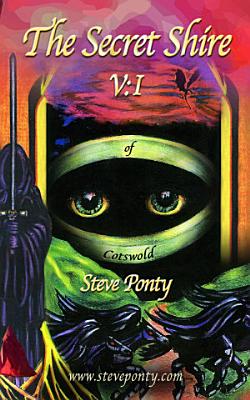 Steve has spent over 10 years researching the settings Professor Tolkien turned from reality in the Cotswold shires into fantasy fiction. It is the reversal of the map from Oxfordshire through to the Severn Estuary that serves as the true inspiration for the Shire in these well known and much acclaimed works, translated into virtually every language worldwide. The Lord of the Rings is the best selling book of the 20th century. By reversing the Map of the Shire and looking at it back to front, Steve has identified the Cotswolds and many other parts of the Four Shires (Worcester-, Gloucester-, Oxford-, Warwick- shire) comprising the Shire in the legendary story. These four are marked on the stone very near to Bree (Moreton-in-Marsh), used by Professor J.R.R. Tolkien as his model for the Three Farthings Stone in The Lord of the Rings. Apart from the countless secrets of geography hidden in the epic story, there are allusions, never revealed before this brand new perspective, to personalities contemporary with Professor Tolkien’s writings: from Churchill(at The Yale and Brandy Hall, otherwise Blenheim Palace) to the notorious Mitford sisters (at Stock, otherwise Swinbrook) to Oswald Mosley(at Crickhollow, otherwise Wootton-headed) and to Vita Sackville-West (of the High Hay hedge) . . . to the Professor’s true-life role model for Aragorn, Roy Campbell, a much admired poet of the day . . . such that in many ways the Lord of the Rings may be read as a parody of England in the 1930’s and the War years . . . The backdrop to Steve’s work is the sometimes chivalric language of a number of the classic romantic poets (Tennyson, Wordsworth, Shelley, Keats and Coleridge), poets local to the Shire( Houseman, Shaw, Auden) as well as favourite contemporary lyricists, which means Dylan. There is also a lively dialogue between Gollum and Smeagol, meant to lighten the load on an arduous quest. Cotswold places under review (but with many, many more) include Chipping Norton (Hobbiton), The Bywater Pool (a relic of the Seventeenth Century), The Rollright Stones (Barrow Downs), Moreton in Marsh (Bree), Meon Hill (Weathertop), Bredon Hill (The Trollshaws with Bert, Tom, and William the stone trolls), Upton on Severn (The Ford) and the Malvern Hills (The Misty Mountains), with Great Malvern very clearly mapped for Rivendell. Over the Welsh border, Steve foresees the Wye Valley about Tintern Abbey for Lothlorien and The Forest of Dean for Fangorn Forest. Steve's journey may eventually extend down into Continental Europe, through Northern France (via Cair Andros, Paris), over the Pyrenees (Ered Nimrais) and through Minas Tirith (Rome), onwards Mordor . . . where lie the shadows . . . in Germany. 'The Lord of the Rings' is of course a fundamentally religious and Catholic work; . . . the religious element is absorbed into the story and symbolism.' (Letters, J.R.R. Tolkien) The Author makes some attempt to explain what Professor Tolkien may have meant, with special reference to Providence; but the Author also dabbles in Witchcraft. * The Author offers the assurance that, at least on Mother-earth, we may all know the way a little better following ‘The Secret Shire of Cotswold.’

The Secret Shire of Cotswold

Authors: Steve Ponty
Categories: Literary Criticism
Steve has spent over 10 years researching the settings Professor Tolkien turned from reality in the Cotswold shires into fantasy fiction. It is the reversal of

Authors: Stan Brotherton
Categories: Photography
A guided tour of the historic town of Evesham, showing how the areas you know and love have changed over the centuries.

Authors: Kev Reynolds
Categories: Sports & Recreation
Guidebook to walking the Cotswold Way National Trail between Chipping Campden and Bath, across the Cotswolds AONB - which includes both a guide to the route and

Authors: Mike Pentelow
Categories: Travel
Since its creation over 40 years ago, London's Freedom Pass concessionary travel scheme has continued to grow in popularity and there are now over 1 million reg

Waterways and Canal-Building in Medieval England

Authors: John Blair
Categories: History
The first study of Anglo-Saxon and Anglo-Norman canals and waterways, this book is based on new evidence surrounding the nature of water transport in the period

Authors: Brian Conduit
Categories: Walking
Features 30 circular walks that are evenly spaced across the varied terrain of the county. This book gives an introduction to Worcestershire's landscape. Each r

Authors: T.J.S. Baylis
Categories:
In the 1950s T.J.S. Baylis wrote a series of articles for the Evesham Journal on Evesham inns and signs. He was well suited to the task, being a native of Evesh

Authors: Ray Westlake
Categories: History
The Territorials 1908–1914 is a unique, comprehensive record of the part-time soldiers who made up the Territorial Force that supported the regular army in th