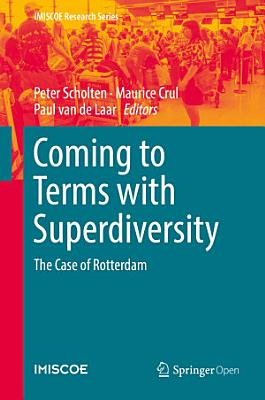 This open access book discusses Rotterdam as clear example of a superdiverse city that is only reluctantly coming to terms with this new reality. Rotterdam, as is true for many post-industrial cities, has seen a considerable backlash against migration and diversity: the populist party Leefbaar Rotterdam of the late Pim Fortuyn is already for many years the largest party in the city. At the same time Rotterdam has become a majority minority city where the people of Dutch descent have become a numerical minority themselves. The book explores how Rotterdam is coming to terms with superdiversity, by an analysis of its migration history of the city, the composition of the migrant population and the Dutch working class population, local politics and by a comparison with Amsterdam and other cities. As such it contributes to a better understanding not just of how and why super-diverse cities emerge but also how and why the reaction to a super-diverse reality can be so different. By focusing on different aspects of superdiversity, coming from different angles and various disciplinary backgrounds, this book will be of interest to students and scholars in migration, policy sciences, urban studies and urban sociology, as well as policymakers and the broader public.