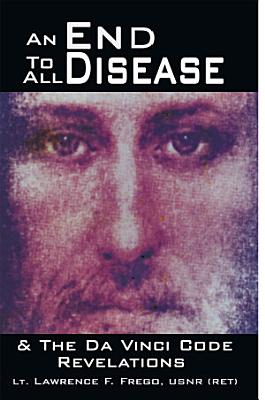 We are at the crossroads of world health. On the one hand we face the possibility of a world wide pandemic, the likes of which has never been seen before. We are, likewise on the threshold of discovering natural cures for nearly every disease. As choosing wisely may mean the difference between life and death, this book is designed to help the reader choose alternative options that are seldom if ever in the news. Jared Diamond, in his groundbreaking work, Collapse: How Societies Choose to Fail or Succeed, addresses the fact that only civilizations that recognize the threats against their existence, and deal with the threat effectively survive. Civilizations with their heads in the sand become extinct or are conquered by more vigorous nations. The robber barons of the last century were able to create a monopoly for oil and the automobile by ruthlessly and systematically destroying all competition. They tore up cable car lines and public transportation so the public would have no other alternative except their oil. Today, the drug monopolies, owned by the descendants of these same robber barons, are nearly complete in their plot to eradicate all natural, low cost remedies for disease prevention and treatment. In the state of Florida, naturopathic physicians were de-licensed unless they also had a conventional medical license. The powers that be want to create a drug induced society, at an enormous financial and emotional cost to the public at large. They are even trying to outlaw vitamins via European health treaties and side step the American constitution and the public. The ever escalating cost of medical care created by lack of natural alternative options can only lead to the eventual total collapse of the entire medical system. It is exceedingly difficult finding the truth about alternative medicine as the system has a vested interest in making profits and keeping the truth from you. A few thousand deaths is an acceptable loss if a few billion dollars can be made. And it will be a cold day in hell before a drug company puts itself out of business by telling you about a low cost natural cure that their product can manage. The guardians of public health know which side their toast is buttered on also. The career politicians and beltway bandits at the FDA know where the money is and they dont get it from you or providers of natural cures. The drug monopolies pay the big bucks. There have been no checks and balances. Corruption has become so pronounced that the US House of Representatives is seeking to pass the Consumers Access to Health Information Act (H.R. 2352) to ensure that accurate health claims ARE NOT SUPPRESSED. Consumers would be given TRUTHFUL AND COMPLETE information about the curative, mitigation, treatment, and prevention effects of foods and dietary supplements on disease or health-related conditions. The time to exercise your God given right to the health care of your choice is now. (www.lef.org) America has the finest emergency health care in the world. Bar none. However that is not the nature of the coming threat. American baby boomers will soon be retiring in the tens of millions. Their health care needs will be staggering and costly. However 92% of American health care providers are trained in emergency medicine and only 8% in long term preventative medicine. As it takes a minimum of 6-7 years to obtain a medical degree, America is unprepared for a crisis that is inevitable.

Authors: Lt. Lawrence F. Frego
Categories: Education
We are at the crossroads of world health. On the one hand we face the possibility of a world wide pandemic, the likes of which has never been seen before. We ar

The End of All Disease

Authors: Jesse Cannone
Categories: Health & Fitness
Building on the research and life experience of more than 20 experts in virtually every area of health and natural healing, The End of All Disease reveals the o

The End of All Disease

The End of Illness

Authors: David B. Agus
Categories: Health & Fitness
Challenges popular conceptions to outline new methods for promoting wellness and longevity, arguing that traditional medicine has not been successful in treatin

The End of Violence and Disease

Authors: Marc Stewart
Categories: Science
This book is a must read if you like layman physics and well-written for the armchair critic of a book that pulls no stops in its march onwards towards a new Ut

Authors: Thomas Tasseff
Categories: Health & Fitness
Our God-given body is a finely tuned machine with the unique ability to replicate and rejuvenate itself, to stay young and strong, and to last indefinitely. Of

The Management of Oral Disease

Authors: Yelizaveta Sher
Categories: Medical
Th is book takes an integrated, evidence-based approach the psychiatricaspects of organ transplantation. Unlike any other text currently on the market, this tit