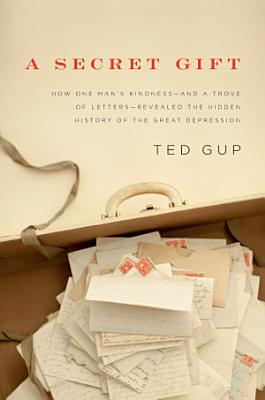 An inspiring account of America at its worst-and Americans at their best-woven from the stories of Depression-era families who were helped by gifts from the author's generous and secretive grandfather. Shortly before Christmas 1933 in Depression-scarred Canton, Ohio, a small newspaper ad offered $10, no strings attached, to 75 families in distress. Interested readers were asked to submit letters describing their hardships to a benefactor calling himself Mr. B. Virdot. The author's grandfather Sam Stone was inspired to place this ad and assist his fellow Cantonians as they prepared for the cruelest Christmas most of them would ever witness. Moved by the tales of suffering and expressions of hope contained in the letters, which he discovered in a suitcase 75 years later, Ted Gup initially set out to unveil the lives behind them, searching for records and relatives all over the country who could help him flesh out the family sagas hinted at in those letters. From these sources, Gup has re-created the impact that Mr B. Virdot's gift had on each family. Many people yearned for bread, coal, or other necessities, but many others received money from B. Virdot for more fanciful items-a toy horse, say, or a set of encyclopedias. As Gup's investigations revealed, all these things had the power to turn people's lives around- even to save them. But as he uncovered the suffering and triumphs of dozens of strangers, Gup also learned that Sam Stone was far more complex than the lovable- retiree persona he'd always shown his grandson. Gup unearths deeply buried details about Sam's life-from his impoverished, abusive upbringing to felonious efforts to hide his immigrant origins from U.S. officials-that help explain why he felt such a strong affinity to strangers in need. Drawing on his unique find and his award-winning reportorial gifts, Ted Gup solves a singular family mystery even while he pulls away the veil of eight decades that separate us from the hardships that united America during the Depression. In A Secret Gift, he weaves these revelations seamlessly into a tapestry of Depression-era America, which will fascinate and inspire in equal measure. Watch a Video

Authors: Ted Gup
Categories: Biography & Autobiography
An inspiring account of America at its worst-and Americans at their best-woven from the stories of Depression-era families who were helped by gifts from the aut

Authors: Bethany Atazadeh
Categories: Young Adult Fiction
WHAT IF THE EVIL QUEEN WAS INNOCENT UNTIL SHE WAS BETRAYED? In the realm of Jinn, enchantments and magical abilities are conceived and often exploited for perso

Authors: Ian Somers
Categories: Juvenile Fiction
Book three in in the Ross Bentley series Ross has spent the past twelve months in hiding in the west coast of Ireland. He has turned his back on the Guild and h

The Secret Gift of the Concierge

Authors: Ann Marie Grace
Categories: Juvenile Fiction
At Christmas time, Steven—who is already dealing with a new home and school—sees only two presents for him under his grandmother’s Christmas tree. When he

Authors: Charles Merrill
Categories: Fiction
Tim Meller is a boy headed to adolescence carrying a backpack of deep sorrows--ever since his parents' deaths, nothing has been the same. On his way for the fir

Authors: Elena Aitken
Categories: Fiction
A sexy movie star with a secret. The woman hired to protect him from himself. An attraction they never expected—and can't deny. Public relations rep, Megan ha

Authors: Ian Somers
Categories: Young Adult Fiction
Ross Bentley has powerful supernatural gifts: he can bend matter with only his thoughts, and predict the future with amazing accuracy. But this doesn't stop him

The Gift of Death, Second Edition & Literature in Secret

Authors: Jacques Derrida
Categories: Philosophy
The Gift of Death, Jacques Derrida’s most sustained consideration of religion, explores questions first introduced in his book Given Time about the limits of