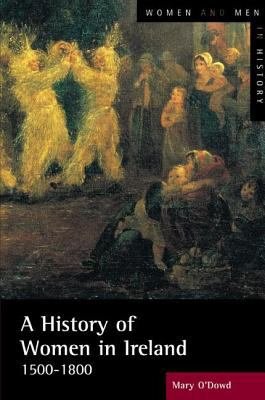 The first history of women in Ireland, 1500-1800 examining the impact of key events in Irish history on women. An original analysis based on primary research into many different aspects of women¿s lives in Ireland Documents women¿s role in key events such as the Ulster plantation, the 1641 rising and the 1798 rebellion Assesses the attitude of the Catholic and protestant churches to women Colonisation brought English and Scottish settlers to Ireland while urbanisation revolutionised the Irish economy, this book looks at the contrasting roles and status of women in the new as well as the old communities of early modern Ireland Explores the engagement of women with some of the key changes of eighteenth century Ireland: the booming economy, patriot politics and emergence of the Volunteers and later the United Irishmen