A Genealogy of 'Japanese' Self-images 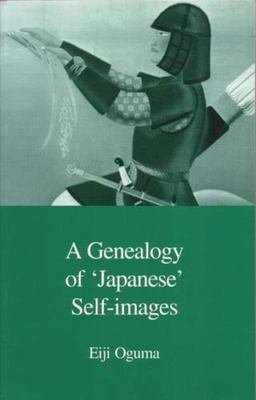 This book presents a counter-argument to the widely held view that the Japanese have believed that they are a homogeneous nation since the Meiji period. Eiji Oguma demonstrates that the myth of ethnic homogeneity was not established during the Meiji period, nor during the Pacific War, but only after the end of the war. The study covers a large range of areas, including archaeology, ancient history, linguistics, anthropology, ethnology, folk law, eugenics and philosophy, to obtain an overview of how a variety of authors dealt with the theme of ethnicity. It also examines how this myth of homogeneity arose and how the peoples of such Japanese colonies as Korea and Taiwan were viewed in the pre-war literature on ethnic identity. This is the first English translation of A Genealogy of "Japanese" Self-Images, which won the Suntory Culture Award in 1996.

A Genealogy of 'Japanese' Self-images

Authors: Eiji Oguma
Categories: History
This book presents a counter-argument to the widely held view that the Japanese have believed that they are a homogeneous nation since the Meiji period. Eiji Og

A History of Japan

Authors: Conrad Totman
Categories: History
This is an updated edition of Conrad Totman’s authoritative history of Japan from c.8000 BC to the present day. The first edition was widely praised for combi

A Companion to Japanese History

Authors: William M. Tsutsui
Categories: History
An authoritative overview of current debates and approaches within the study of Japan's history Composed of 30 chapters written by an international group of sch

Social Commentary on State and Society in Modern Japan

Authors: Hitomi Koyama
Categories: Political Science
In Japan, people often refer to August 15, 1945 as the end of "that war." But the duration of "that war" remains vague. At times, it refers to the fifteen years

Authors: Ulbe Bosma
Categories: History
These transfers of sovereignty resulted in extensive, unforeseen movements of citizens and subjects to their former countries. The phenomenon of postcolonial mi

Authors: Annika A. Culver
Categories: Art
"In the 1930s and '40s, Japanese political architects of the Manchukuo project in occupied northeast China realized the importance of using various cultural med